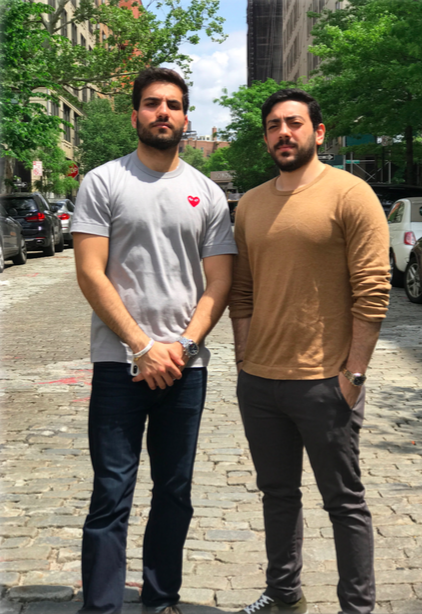 How far is someone willing to take an inside joke? For most it’s a well-thought-out prank, a post on Facebook, or even a meme to circulate. But for two Trinidadians, what started off as a small joke, snow-balled into an online game and an IOS app.
Norman Gabriel (23) and Anthony Boulos (22) have been friends for over a decade. Throughout the years, the two would often try to one-up each other when it came to gift giving. After years of niche and obscure presents, Gabriel finally hit a wall when Anthony’s birthday month came around. He was suggested by one of his co-workers to immortalize An- thony by making an app of him, an idea he ended up running with.
Gabriel designed the app during his lunchbreak the very next day, releas- ing the prototype later that night. Boul Bash! an endless runner, with pic- tures, phrases and snippets of Boulos’ voice plastered and looped over the avatars. The app’s link was posted on Gabriel’s Facebook and Reddit. After four days of being online, the game had over a thousand plays, reaching a far larger audience rather than Gabriel and Boulos’ own friend group.
“I thought the game was hilarious the first time I played” Boulos com- mented, “It’s surreal to think so many people played a game about me.”
Gabriel was ready to take Boul Bash! a step further and began prepara- tions for a worldwide release on the app store. After converting the game to the IOS platform, he posted again on Facebook and Reddit in search for beta testers. These testers would download the app on their phone and give feedback every few days on the app’s performance. Gabriel predicted less than a dozen testers to ask for their own personal version of Boul Bash! “It’s a commitment to beta test an app.” Gabriel commented, “it’s a lot of effort to input the code to download the app, so I thought I would have a tight team to work with when it came to improving the game.” This wasn’t the case.
Gabriel received messages from friends, associates and people he’d never met before for the download game. After the third day of beta testing, Gabriel had found a team of fifty people. The beta test regions varied from England, Canada, New York and Trinidad.
After feedback and a few more adjustments, Gabriel was ready to finally launch to the app store. But upon review, Apple flagged the app for an obstruc- tion in its online bullying policy, barring its release.
“This whole thing is a gigantic, hilarious, fever-dream.” Gabriel commented, “it just goes to show the power of niche, meme-marketing.” As of now, Boul Bash is still stuck in beta testing limbo while Gabriel and Boulos find a work around for a few of apple’s review policies. Although this is Gabriel’s first time developing and releasing an app under his own name, he’s confidant it isn’t his last. “I met some great people throughout this whole experience and I’m working now to release an app that actually matters, Boul Bash was hilarious, I’m glad it happened, but I wouldn’t fret if it doesn’t reach a worldwide release. For his birthday, I wanted to make Anthony into a meme, and I think I did it”
Anthony Boulos is going back to England to earn his masters in finance and Norman Gabriel works at Wall street broker/dealer OCP Capital. When asked about Gabriel’s next present Anthony responded, “It’s going to suck trying to one-up this, but I think when March rolls around you might hear another ridiculous story about us again.”-Edith Thomas