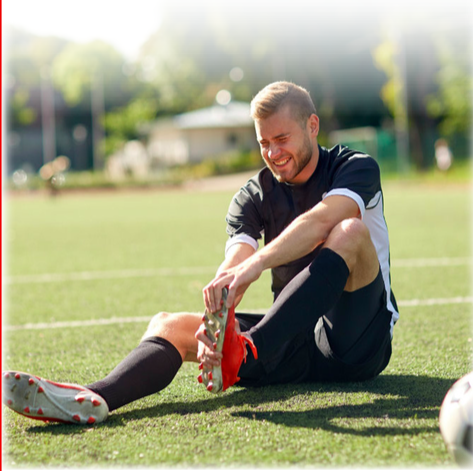 In order to become an exceptional athlete, you make yourself susceptible to the risk factors that accompany re- silient training and cut-throat games. Concussions in foot- ball, torn ACL’s in basketball, twisted ankles in soccer are all recognized as common injuries in sports. One of the less common injuries that athletes encounter is “Turf Toe”. Turf toe is a metatarsophalangeal joint sprain, which is es- sentially, hyperextension of the big toe. This injury occurs when the big toe moves back toward the top of the foot past its normal range of motion.
Turf toe got its name because of how prevalent it was in American football players after they started playing on ar- tificial grass. Turf is a much harder surface than grass and doesn’t provide much give when forces are placed on it, resulting in the big toe being forced into an unnatural po- sition. Although this injury is most commonly reported in football players, others at risk are those who participate in soccer, basketball, wrestling, gymnastics, dance or any sport or activity where the forefoot is fixed on the ground, the heel is raised, and a force pushed the big toe into hy- perextension.
The severity of these injuries varies depending on the how stretched or torn the soft tissue becomes. Because of the lack of treatment, turf toe can be one of the greatest annoyances. Your doctor may suggest physical therapy to help reduce pain, increase strength and increase circula- tion to the area to promote healing. Aside from that, rest, ice, compression and elevation are the best medicine.