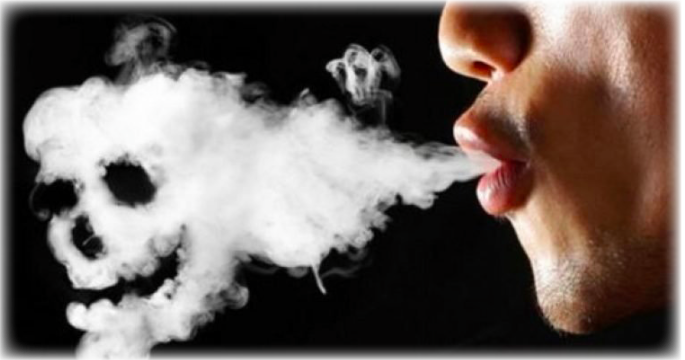 Published on September 11, 2018 by Gunther Publishing

By Robert Pedowitz, DO

When a patient asks if vaping is safer than smoking, I tell them that neither is safe, potentially pose health risks, and that both habits should be broken. While vapes—also called vapor cigarettes, electronic cigarettes, or e-cigarettes—have been marketed as a safer alternative to smoking traditional cig- arettes, there hasn’t been enough research for me to safely tell my patients that it is indeed safer.

A Closer Look at Vaping

A vape is an electronic device that simulates the feeling of smoking tobacco by heating a liquid to generate an aerosol, called a “vapor,” that the user in- hales. The liquid in the vape, called e-liquid or e-juice, is usually made of nicotine, propylene glycol, glycerin, and flavorings.

The U.S. Food and Drug Administration has yet to regulate e-liquid ingredients, study the safety of inhaling these products, or deem that e-cigarettes are a safer alternative to smoking cigarettes. While the agency is expected to release guidelines, they are a few years off. Because there isn’t data on how these substances can affect your body, it’s difficult for me to advise my patients about their use.

What I do know is that several aspects of these products have been proven unsafe in other uses:
1. Nicotine: Most e-juice formulations include nicotine, which we know is harmful and addictive. It can cause delays in brain development if used at a young age, leading to attention deficiency, learning, and mood issues.
2. Propylene glycol: We know that this chemical—even if a person is only exposed occasionally—can cause throat or eye irritation, and inflammation of the lung.
3. Flavors: With tasty-sounding flavors like cotton candy, butterscotch, and blueberry cheesecake, many e-cigarette companies are aiming to attract teens, whose bodies are still developing. Because vaping businesses aren’t required to reveal the chemicals in these flavors, we simply don’t know what our children are inhaling—and the long-term effects of their use. While the Flavor and Extract Manufacturers Association have regarded some of the chemicals in flavors as “safe,” the majority of data doesn’t look at how the body reacts when the chemical is inhaled, as opposed to ingested in a less-intense quantity in a food product.
4. Aldehydes: Some flavors contain aldehydes, a compound of carbon, hydrogen, and oxygen. The most common compound in this group is form- aldehyde. Most versions cause inflammation of the respiratory tract and, with exposure over time, have been linked to cancer.
5. Diacetyl: The use of this chemical, which simulates the taste and smell of butter, has been linked to a condition called popcorn lung. It has been found to cause damage to the lung, particularly inflammation of the lining of the lungs, causing them to look like popcorn. Despite being outlawed for use in microwave popcorn, diacetyl is still used in many e-cigarette flavors, including vanilla, maple, and coconut, as well as alcohol-flavored, can- dy-flavored, and fruit-flavored varieties.
6. Cannabis use: Some flavors can include cannabis oil, which is derived from the cannabis plant, the same source as marijuana. The use of cannabis oil in vapes is not yet regulated. Aside from the addictive properties of cannabis, there’s also a danger if the plants have been grown using herbicides and pesticides, which can become concentrated when inhaled, increasing cancer risk.
7. Addictive properties: The flavors used in vapes can alter the rate of nicotine absorption due to the pH balance of the liquid. For example, strawber- ry e-juice has higher pH level, so the rate of nicotine absorption is accelerated. If your goal is to ween yourself off of nicotine, you could be inhaling more nicotine while vaping, not less.
8. Secondhand affects: The aerosol generated by vapes can contain droplets of nicotine and other toxins that have been linked to cancer.
9. Liquid dangers: e-cigarette juice can cause poisoning when ingested, so it’s important to keep them away from young children. They also can damage the skin.
10. Explosion risk: Vapes have the potential to explode, since the devices feature condensed air (think of an aerosol spray can) and a heating element.

More than 25 percent of children and teens in middle school and high school have admitted to trying vaping, according to the U.S. Surgeon General. Is vaping a gateway product to stronger drugs? Maybe. There is evidence that cannabis use in all forms is on the rise among this impressionable age group.
Further, a study published in the Journal of the American Medical Association in 2016 found that of adolescents who said they vaped, the activity was associated with a higher risk of more frequent and heavy
smoking among study participants six months later.
The bottom line is that smoking—whether cigarettes, vapes, hookah, recreational marijuana, or cigars—is bad for your health. At least with traditional smoking I have a solid body of evidence I can use to guide care and prescribe tools to quit. There is no body of knowledge on vaping, so my ability to care for its side effects is limited.
If you think you have a smoking-related medical condition or are interested in quitting, contact your primary care physician. Dr. Robert Pedowitz is board-certified in family medicine and is a doctor of osteopathic medicine. He is the medical di- rector of Family Practice of CentraState, which has offices in Freehold, Jackson, East Windsor, Colts Neck, Marlboro and
Monroe. He can be reached by calling 866-CENTRA7.