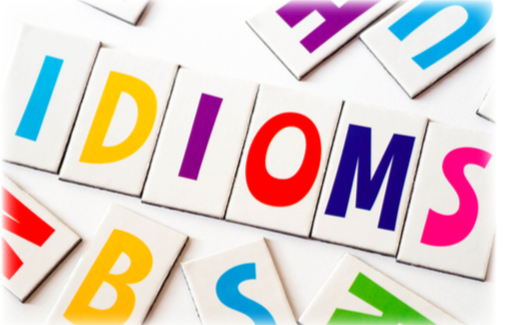 Idioms that include the name Mary in it.

Mary Celeste
A place, location, or higha-occupancy vehicle (especially a ship) that is inexplicably deserted or abandoned. An allusion to the Mary Celeste, an American merchant brig- antine that was discovered floating off the Azores Islands in 1872 with no one on board and still in seaworthy condition. Example, “We came upon a house in the woods, empty as the Mary Celeste, but left otherwise untouched.”

Mary Sue
In film and literature, an idealized female character who is exceptionally talented in a number of areas despite not having had the training or experience to realistically acquire such talents. The use of such a character is often seen as a method of author wish-fulfill- ment. The term was first used in this way by writer Paula Smith in 1973. Whether Rey from Star Wars is a Mary Sue has been a topic of debate.

Typhoid Mary
A carrier or spreader of misfortune, as in “I swear he’s a Typhoid Mary; everything at the office has gone wrong since he was hired.” This expression alludes to a real person, Mary Manson, who died in 1938. An Irish-born servant, she was a cook who transmitted typhoid fever to several hospitals she worked in and was referred to as “typhoid Mary” from the early 1900s. The term was broadened to other carriers of calamity in the mid-1900s. You can describe someone as Typhoid Mary if they bring bad luck or harm to other people. Example – “After the relationship ended, she became a Typhoid Mary, spoiling the romantic lives of everyone around her.”

Mary Jane
Mary J. or Mary Jane is a slang term for marijuana. Could be the English translation of the Mexican word Mari-Juana. Also the name can be described as a plain-looking girl. Example-“She’s just a Mary Jane and will never be a glamour girl.”
A Bunch of Mary’s or Mary Ann’s
A slang term for men meaning they are a bunch of sissies. Recently used in a movie called U571 with Matthew McConaughey, the movie was about WWII.
One of the U.S. Navy sailors described the Nazi’s as just a bunch of Mary’s. The word Mary Ann has also been used to describe a group of sissies. “He’s just a Mary Ann.”

Bloody Mary
Standing in front of a mirror in a darkened room with a candle, chanting “Bloody Mary, Bloody Mary” won’t cause a cocktail to appear (as much as some people might hope!). However, according to legend, the ritual might cause a ghastly apparition to materialize. Are you brave enough to try it yourself? Many a girl at a slumber party has played the Bloody Mary game, or at least heard of it. Nobody really knows how long people have been telling the story of Bloody Mary. Do you dare to say it three times as you glare into the mirror!