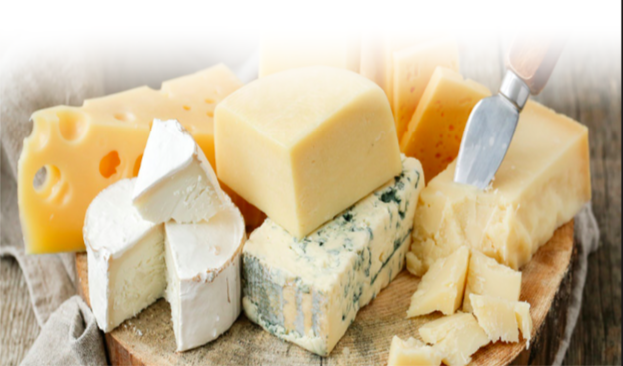 Camembert, mascarpone, provolone, pepper jack and all the other chees- es you can think of have two things in common. They are extremely deli- cious and could be dangerous to your health. Healthline.com states that, ̈…you’re getting about 100 calories per ounce and about 6 to 9 grams of fat… ̈. It even states that it is mostly saturated fat and it is loaded with sodi- um. Besides the fact that cheese does not help in the weight department, it is also a silent killer. A study was done that analyzes middle age people and their diets. Middle aged individuals who had a meat and cheese diet could double their risk of death. Even scarier, they could quadruple their chances of dying due to cancer.
These health effects are not just with cheese, it is a problem with a lot of dairy products. Milk from animals is littered with bacteria and it can grow rapidly in your body. Children who do not drink milk from animals are less likely to get sick. Another negative affect from dairy products is consuming something called Casein. Casein is a protein that is found in milk, and 80% of it is found in cow milk. This protein can produce in a large number of children’s throats, nasal cavities, and paranasal sinuses. The problem with this is that swelling and inflamed tissues will become more prevalent in these areas, making it very hard for children to breathe.
Now it may be hard to cut out dairy altogether from your diet, but there are so many nondairy options to replace some of the food items that do contain it. Milk is one of the easiest items to replace. There are a plethora of options to choose from such, almond milk, soy milk, coconut milk, and many others. Another dairy item that can be substituted is cheese. Specifi- cally for soft cheeses, there are many replaceable options that can be found in any of your local supermarkets. There are soy and nut based versions of cream cheese. If you are looking for a substitute for soft, crumbly, cheese to put on top of salads, they are some made out of cashews, macadamia nuts, Brazil nuts, or almonds. Crumbly tofu is also a great replacement for ricotta cheese.
At the end of the day, it is all about limiting how much you eat. A couple cubes of cheddar cheese and sprinkle of goat cheese on a salad will not hurt you. But eating fries regularly drenched with cheese sauce may not be the healthiest option. In conclusion, the key is moderation.