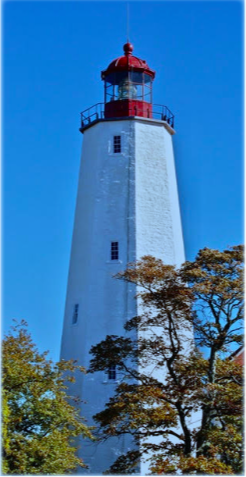 Alex Ostrow from Monroe took some recent pictures from around NJ.

The Sandy Hook Light House is the oldest operating lighthouse in the Unit- ed States. It is located at the northern end of the Sandy Hook Unit of Gateway National Recreation Area in Atlantic Highlands. Amazingly well-preserved, this unique octagonal tower dates back to the 18th century and has been in service since 1764. Except for being darkened during the Civil War, Span- ish-American War, World War I and II, the beacon has been operating ever since. The National Park Service owns the tower and the U.S. Coast Guard maintains the light. The lighthouse is open to the public. Tours and talks are presented by members of the New Jer- sey Lighthouse Society. Call the Visi- tor’s Center for more information. Free admission. The lighthouse is on the grounds of Fort Hancock and is just one of the unbeatable tourist attractions at Sandy Hook.