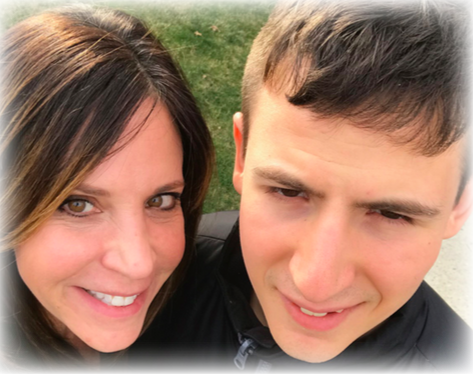 Autism Spectrum Disorder is a developmental disorder that is prevalent in 1 in 59 children in the United States. The term “spectrum” is utilized because of the wide scope of challenges each child could face. These conditions range from social skills and communication to behav- iors, reasoning and definitive strengths. In attempts to compile information more profound than a list of CDC facts, I spoke with a local mother, Joy Ryan, who’s life has been affected by Autism.
Joy’s 21-year-old son, Jake, was officially diagnosed with autism when he was five years old. The most obvious signs of Autism tend to appear between 2 and 3 years of age and sometimes as early as 18 months. Jake was no different, he received speech therapy but because of the lack of education on Autism 20 years ago, Jake’s doctor ensured his inability to speak was nothing to worry about and the milestone would soon come.
There is a considerable difference in Autism Awareness to- day. According to Autism Speaks, there are signs to be con- scious of at each age.
• By 6 months: no social smiles or expressions di- rected at people, limited or no eye contact
• By 9 months: no sharing of vocal sounds, smiles or other nonverbal communication
• By 12 months: no babbling, no attempts to communicate, no response to name when called
• By 16 months: no words
• By 24 months: no meaningful, two-word phrases
• Any loss of any previously acquired speech, babbling or social skills
Joy explains that no two children on the spectrum are the same, “You met one kid with Autism, you met one kid with Autism”. This is one of the reasons Jake attending school in his district was ineffective. The school unsuccessfully pro- vided the proper services to Jake because of his social skills and ability to verbalize. After research, Joy decided it would be best to relocate his education. Jake then attended The Academy Learning Center, and now, The Douglass Devel- opmental Disabilities Center where Joy prides them both on their competency and ability to gear his learning to meet his needs.
ABA Therapy is an evidence-based practice treatment that is used to improve attention, focus, social skills, memory, academics, communication and behaviors. This type of therapy is suggested for those with Autism and Joy wishes it was more prominent was Jake was younger, however, she is pleased with the services he receives now. Jake’s therapists work to help him become more independent. Together they deviate out of the house and into the community to practice job sampling and everyday activities.
Gastrointestinal disorders, seizures, sleep disturbances, at- tention deficit and hyperactivity disorder, anxiety and pho- bias are all medical and mental health issues that frequently accompany autism. One of the biggest challenges Jake ex- periences is his bouts of anxiety and OCD. When he can- not properly identify emotions, he becomes overwhelmed, which can result in a meltdown.
Joy finds the greatest challenge of having a son with autism is the opinions and failure of acceptance from society, which has helped her grow as a person. She claims her son’s diag- nosis has taught her a great deal patience, how to live in the moment and how to celebrate every small milestone. Joy’s advice to other parents who have recently discovered their child’s diagnosis would be to become as educated on the topic as possible, as you have to advocate for your child. Joy has cultivated friendships with families in similar situations and she finds it provides a great
support system. She finds com- fort in being able turn to another mom who can relate and share advice. Joy ended her interview with, “Having a son with autism has taught me acceptance, I real- ize everyone has challenges, but everyone is important, and ev- eryone is special.”