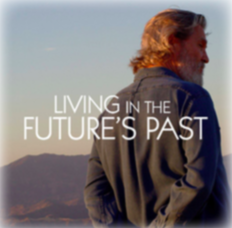 Living in the Future’s Past is an eye-opening documentary intended to expand individual’s perspective on concepts about ourselves and our past. It allows us to explore humanity and our past to look towards a better future. Jeff Bridges, Acad- emy Award Winner, contributes his ideas as a Humanitarian alongside many other scientists and profound thinkers to dig deeper than politics and borders to look under the hood of humanity.
To get a better understanding of the film, I spoke with Amy Jacobson, who has been a resident of Millstone for 16 years. Amy was teaching at Rutgers when she first met Susan Kucera. Susan was in the post-production stage of editing Breath of Life at that time. Breath of life is a documentary that reveals why we modern humans are in denial about catastrophes of our own making that could come to pass sooner than we think. The movie provides insightful commentary from the world’s greatest evolutionary biologists, one being Robert Trivers.
Robert Trivers is an evolutionary biologist who has revolutionized both the natural and social sciences, and who hap-
pened to be Amy Jacobson’s PhD advisor. While Susan visited Rutgers, getting more insight on Robert, she found herself spending a lot of time in Amy’s lab. When working on Living in the Future’s Past, she felt the need for more female voices, Susan knew exactly who to contact and that’s when Amy became involved in Living in the Future’s Past.
Amy’s role in the movie is to expand people’s perspective. She says, “Were so busy with what’s going on in our daily lives, we need to look deep and wide. As an Evolutionary Anthropologist, it’s informative when you’re looking at a topic, to look across cultures.” We have the ability to take the information we discover and apply it to inform public policy. Living in the Future’s Past discusses how energy takes many forms as it moves through and animates every- thing. How, as we come to understand our true connection to all there is, we will need to redefine our expectations, not as what we will lose, but what we might gain by preparing for something different.
Amy has lived in Millstone for 16 years with her husband, Michael Normand, and their four children; Arthur, Emily, Jacob and Gavin. Amy has coached field hockey here in town, served as a den leader for two cub scout dens and has served on the Millstone Board of Education for 10 years and the Upper Freehold Regional Board of Education as a Millstone Rep for 6. It’s heartening to watch a local resident be a part of something so informative and inspiring. The movie can be seen in theaters on October 9, 2018 with additional screenings in select locations. For more information visit the website at https://www. livinginthefuturespastfilm.com