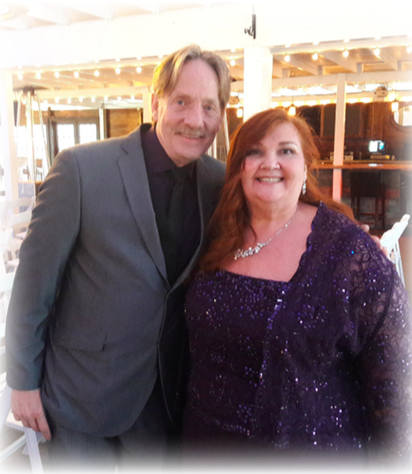 Published on June 21, 2018 by Gunther Publishing

Kevin Mills, who suffered from neck pain for years, offers hope to those afflicted with persistent pain.
Formerly a licensed exterminator, Kevin Mills used to make a living by removing unwanted pests. However, there was one pesky thing he couldn’t get rid of: his neck pain.
“I’ve had problems with my neck for as long as I can remember,” explains 58-year-old Kevin of Lakewood, New Jersey. “My neck gave me trouble day and night for decades. That prolonged pain takes a huge toll on you physically — and mentally.”
According to the National Institutes of Health’s National Center for Complementary and Integrative Health, chronic or severe pain affects nearly 50 million American adults.
Kevin’s health took another turn when he began experiencing terrible migraines and couldn’t move his neck at all without being in pain. After having X-rays taken, his doctor advised him to contact a surgeon. That’s when he connected with Dr. Pinakin R. Jethwa, a board-certified neurosurgeon at Atlantic NeuroSurgical Specialists.
“In this situation, Kevin did the best thing he could have done,”
says Dr. Jethwa. “First, he saw his primary care doctor very soon
after his migraines and intense neck pain began. Second, he chose
to consult a neurosurgeon. Neurosurgeons focus on treating the
nervous system – the delicate and complex command, control
and communication network in the body that’s made up of the
brain, spine and neurovascular system. The neck – or cervical
spine – houses vital nerves that supply the head, arms, legs, esophagus, trachea, voice box and more. That’s why neck injuries can be catastrophic, and in some cases, fatal. So, Kevin’s decision to see a neurosurgeon instead of another type of surgeon who would have to consult a neurosurgeon was spot on.”
Dr. Jethwa discovered two disks in Kevin’s cervical spine were exerting pressure on the nerves, causing intense pain. He recommended Kevin undergo a two-level cervical artificial disk surgery. During this procedure, the damaged disks would be replaced with artificial disks, restoring the proper alignment and relieving stress on the nerves.
“Naturally, I was nervous about the surgery, especially in light of the fact that I had other health issues,” Kevin shares. “I spent a lot of time reviewing everything with Dr. Jethwa – what the procedure would entail, outcomes, recovery time, and alternative options – and decided the artificial disk surgery was my best shot for getting better.”
The surgery lasted only one hour, and Kevin returned home the next day.
“I was never in pain from the surgery,” explains Kevin. “I lost my voice for three days and had a three-inch scar on the lower part of my neck. But, I felt great, so that was a small price to pay for alleviating my neck pain.”
At his follow-up visit one month post-surgery, Dr. Jethwa confirmed his neck was fully healed.
“Beyond its restorative ability, one of the most attractive benefits of artificial cervical disk replacement is the fast recovery time,” notes Dr. Jethwa. “There’s no better example of that than Kevin. His story is one of many that proves healing chronic neck pain is possible, and it might be easier and quicker than you think.”