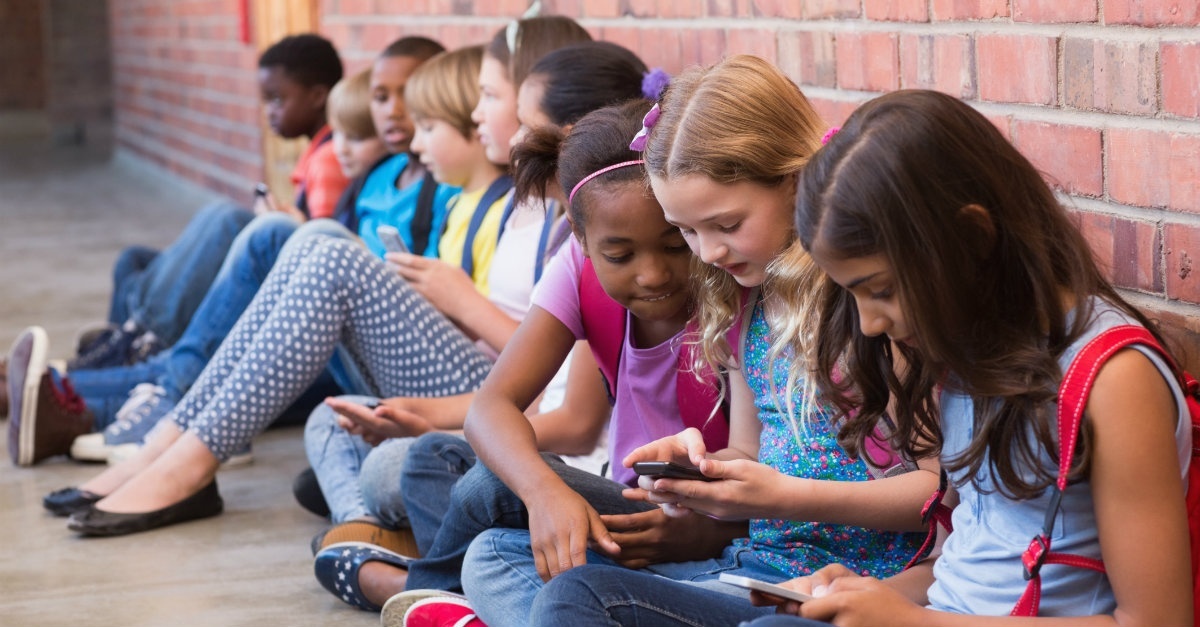 Published on November 8, 2017 by Gunther Publishing

What do we mean by screen time? Screens are everywhere. The television… the smart phone… the iPad… the tablet…video games. Unstructured playtime is more valuable for a child’s developing brain than electronic media, even the educational type.

Unfortunately, this generation of parents uses the tablets and smartphones the way their parents did the TV and VCR. While my generation popped a Barney tape on the VCR or put Nickelodeon on to distract their kids, this generation of caregivers has techno on the go, ready to use at any given moment.

Your child is occupied, leaving you time to work, shop, socialize, clean or whatever it is you have to do without fussing little ones. One negative to screen time is the lack of social development and interaction with what is going on around them. He or she is sucked into the screen with very little imagination being used and not developing the ability to self sooth. You always have the option of sharing screen time with them and making it more interactive and social.

• No screens at mealtime

• No screens in the bedroom, parents should be around and aware of what’s going on

• Screen time (of any size) comes in small doses. 20-30 minutes at a time and then it leaves for a few hours

• No screens while doing homework

The American Academy of Pediatrics discourages media use,
except for video-chatting, by children younger than 18 to 24 months. Children can benefit from certain types of screen time, such as programming with music, movement and stories. Children at this age do not need exposure to technology. It is a form of entertainment. It is entirely up to you whether they use it and how much.

A little boredom and frustration and the lesson of dealing with it is important for their ability to develop resilience and self-regulation. 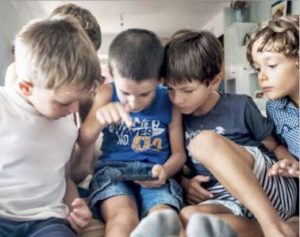 This may be a good age to introduce screen time as once they hit school, computer skills come in handy. The guideline set by the American Academy of Pediatrics is about one hour a day to start. You are in control, so be sure it is high-quality programming

Many schools use devices in the context of learning – from iPads to smart boards so screen literacy is a good thing with limits. The American Academy of Pediatrics screen time recommendation for school-age children is a “personalized media plan” which replaced the 17 year-old “two-hour guideline.”

Children are ready to engage with the world when they wake up in the morning. Exposure to screens at that time will start a zoning-out progression which will make it harder for them to concentrate and do their best in school.

Less is still more (beneficial) but the older they get, the harder it is to monitor. Encourage outdoor play, exercise, socialization, and after school activities. The house rules apply now more than ever so you can monitor what they are doing and with who.

Observe your own behavior, because they are. Are you addicted to your smart phone and social media? You are setting an example.