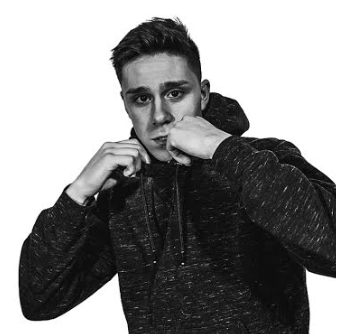 Published on August 20, 2018 by Gunther Publishing

Local music producer, Cono in the Cut, releases his first album this June, dropping beachy beats and relaxing tunes to catch a vibe.
Cono in the Cut, (real name Vincent Conoscenti), says this album has a summery, tropical vibe and an electronic- reggae sound.
Titled Sunny Side, the album transports listeners to the vacation spot of their dreams, making them feel like they are relaxing on a hammock or floating around in a pool on an island.
Cono in the Cut recently released his single How Ü Do featuring Alan Longo to garner hype for the album’s official release. He chose to release this song first because it represents the relaxing vibe of the whole album and will expand his audience with its catchy sound.
Sunny Side has nine tracks and was produced in an impressive one month at Spacebar Recording Studio. Cono in the Cut’s strong work ethic and desire to produce multiple songs in one month are inspired by his role model Murda Beatz, who successfully produced seven Migos’ songs in one night.
Along with Murda Beatz, Drake inspired this album, particularly influencing its use of lo-fi beats. Singer Khalid inspired the calming tone and the relatable, trendy, and youthful lyrics.
Cono in the Cut also credits hip-hop superstar Kendrick Lamar’s song LOVE as the inspiration for the entirety of
Sunny Side. He admires that Lamar put all his heart into creating the song’s chill beats and knew he wanted to do the same when producing his own album.
Cono in the Cut’s overall goal was for his album to be original and produced from the heart while being trendy and futuristic. By aiming to be futuristic, he hopes that his songs are timeless and relevant for years to come.
From teaching himself piano to learning how to produce music just two years ago, Cono in the Cut is proud to see his hard work pay off with this summer release. Vincent is graduating from Allentown High School this June and is excited to major in music producing at Full Sail University in the fall.
Sunny Side will be available on all music listening platforms by June 10 and you can even listen for free on SoundCloud.